Carbon Monoxide - What It Is And Its Effect In The Environment 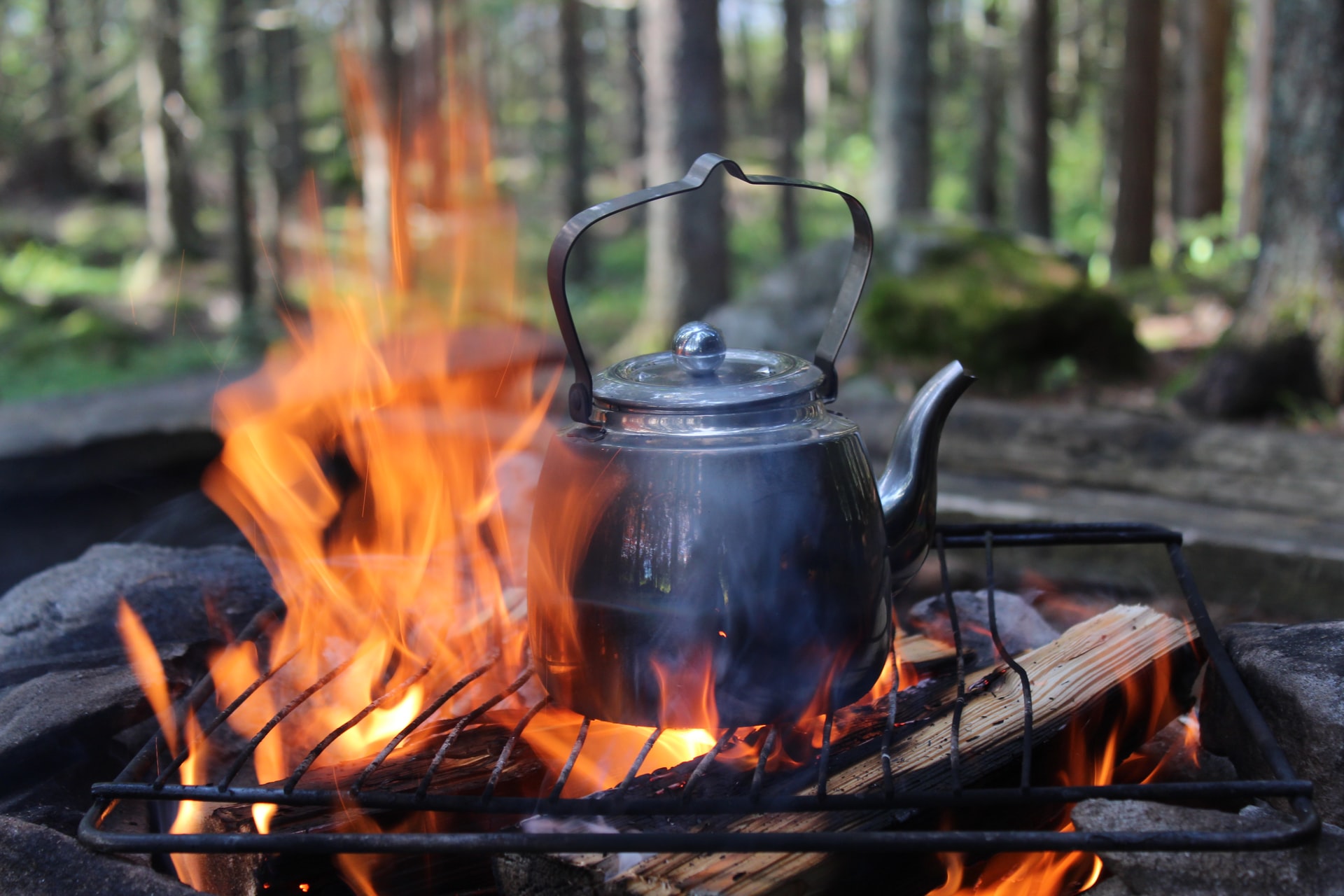 Carbon monoxide is an odorless, tasteless, and poisonous gas that results from the incomplete combustion of carbon-based fuels. It is lighter than air and can be found in both natural and man-made environments, such as forest fires and volcanic eruptions.

Due to its lack of classification as a greenhouse gas, carbon monoxide has been omitted from many environmental studies, leaving a significant knowledge gap about the conditions and pathways of its formation.

How Does Carbon Monoxide Work?

Carbon monoxide has a strong impact on cell metabolism because it can cause oxygen-deprivation reactions.

This is due to carbon monoxide's ability to bind tightly to heme, an iron compound found in hemoglobin, the protein that transports oxygen throughout the body. The heme proteins' function can be altered by this bonding. Carbon monoxide has a 200-fold higher affinity for hemoglobin than oxygen.

Carbon monoxide forms carboxyhemoglobin (COHb) when it combines with heme, lowering the blood's oxygen-carrying capacity. It also prevents oxygen from being released into tissues because it is already attached to hemoglobin.

Carbon monoxide also disrupts the body's systems by binding to and displacing oxygen from myoglobin, which reduces the oxygen storage in muscle cells.

This toxicity affects every part of the body, but the organs that use the most oxygen, such as the brain and heart, are particularly vulnerable to suffocation. Carbon monoxide is especially damaging to the developing nervous system. People who have a chronic heart or respiratory condition may also be vulnerable to carbon monoxide's effects.

Carbon monoxide can also have effects unrelated to oxygen availability. Carbon monoxide reacts with myoglobin in meat processing to form carboxymyoglobin, which gives the meat a red color.

What Are The Uses Of Carbon Monoxide?

Carbon monoxide is used in a wide range of industrial and medical applications.

Acrylic acid, which is used in diapers, water treatment, and textiles, is made from carbon monoxide.

Aluminum chloride, a chemical found in skin medications, is made from carbon monoxide.

In spirometry, or lung function tests, the gas is used as a marker of respiratory status. Carbon monoxide is inhaled in small amounts because it behaves similarly to oxygen. Carbon monoxide output can tell doctors how well a person's lungs transfer gases into the bloodstream, such as oxygen.

Carbon monoxide is being tested in a number of clinical trials as a treatment for respiratory conditions like acute respiratory distress syndrome (ARDS), which is common among military personnel and veterans and has a high mortality rate. Low doses of carbon monoxide inhaled can protect against further lung injury, according to research.

Carbon monoxide is frequently used as a food additive in small amounts to keep meat looking red. The Federal Department of Agriculture has granted approval for carbon monoxide additives in red meat packaging.

Consumers are wary of any meat that turns brown, thinking it has spoiled, according to meat producers.

Rodents are killed in agriculture with a variety of fumigants, including carbon monoxide. Carbon monoxide kills rodents by cutting off oxygen flow to their cells.

A burning wood in a dark compartment

The Impact Of Carbon Monoxide In The Atmosphere

CO is one of the most common air pollutants, with levels in contaminated continental air masses reaching several parts per million. CO is released into the atmosphere by anthropogenic processes like biomass combustion, fossil fuel combustion, waste incineration, industrial processes, and transportation. Other contributors include natural sources (oceans, soils, plants, forest fires), atmospheric oxidation of CH4, and other non-CH4 hydrocarbons (NMHC).

The Impact Of Carbon Monoxide In The Soil

CO is continuously added to the atmosphere by natural and anthropogenic sources. Despite the large amount of gas released, the concentration of the gas in the atmosphere appears to be stable. Natural processes quickly absorb CO.

Soil absorbs 40% of CO emissions. Soils, on the other hand, can be a source of CO in the global CO cycle, especially in savannas and deserts. As a result, soil CO uptake is a net flux that includes both consumption and production.

The Impact Of Carbon Monoxide In Water

Oceans have been a source of CO released into the atmosphere since the early 1970s, according to scientists. The ocean can account for up to 50% of the load in the marine boundary layer despite having a small share of all CO sources in the atmosphere (0.4–9%). In the southern hemisphere, CO production accounts for nearly 60% of total CO flux from the ocean surface, which is a significant amount. Surface ocean waters are saturated with CO, resulting in a net CO flux at the ocean-atmosphere interface when compared to atmospheric equilibrium. CO emissions to the atmosphere are controlled by CO concentration in water. Photochemical production, microorganism consumption, air-water exchange, and physical mixing are just a few of the influences. These factors cause diurnal, seasonal, and regional variations in CO concentrations in waters.

The Impact Of Carbon Monoxide On Plants

Plants' biosynthesis and CO photoproduction were discovered during the second half of the twentieth century. This compound is produced during oxidative heme catabolism due to the activity of the enzyme heme oxygenase (HO). The three by-products are carbon monoxide, biliverdin, and free iron Fe2+. The first is involved in ferritin induction, while the second is converted into bilirubin almost immediately. Among the three isoforms of HO discovered so far, HO-1, HO-2, and HO-3 have been identified, with the latter two having low activity.

The Impact Of Carbon Monoxide On Animals

CO is an important endogenous signaling gas that has properties similar to Nitric Oxide (NO), which is produced in their bodies by heme degradation. CO can be produced in the body through non-enzymatic heme metabolism using hydrogen peroxide or ascorbic acid. CO is produced by destroying the methylene bridges. The ability of both compounds to bind the iron atom derived from the heme moiety, which is linked to the soluble guanylate cyclase, accounts for the similarity. The enzyme is activated as a result of this binding, and intracellular cGMP production is stimulated. 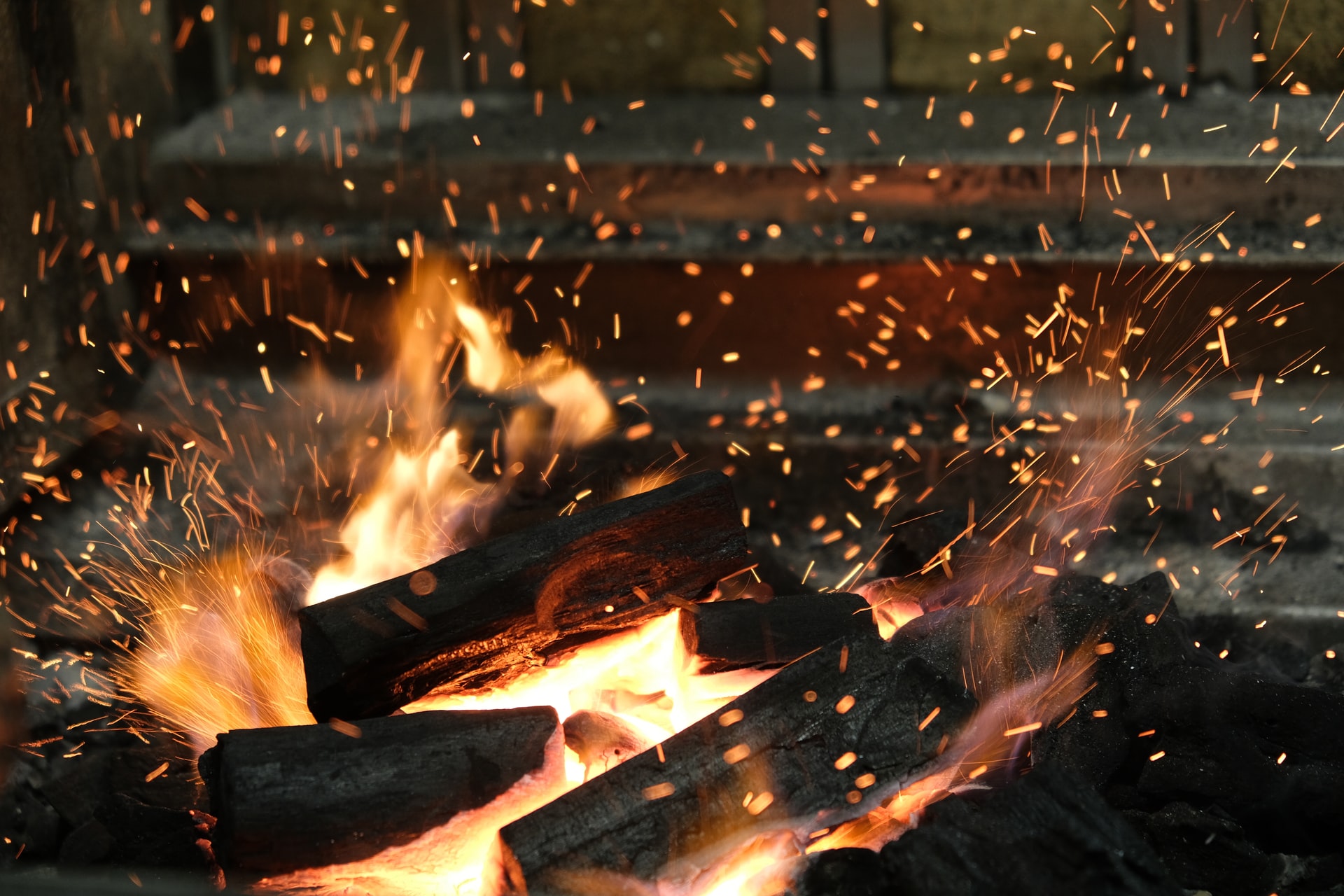 Burning coal at the foot of a step ourdoors

The Impact Of Carbon Monoxide On Humans

CO is poisonous because at high concentrations, it can obstruct oxygen delivery. CO enters the bloodstream through inhalation. Because CO has a stronger affinity for hemoglobin (Hb) than oxygen, COHb is formed in erythrocytes.

The formation of COHb in the blood is influenced by the concentration of CO inhaled, the length of exposure, pulmonary ventilation, exercise, and health status. Tissue hypoxia is the main toxicity of acute CO poisoning, and it is caused by the formation of COHb. It causes tissue hypoxia by reducing oxygen transport capacity. CO poisoning symptoms include headache, dizziness, weakness, vomiting, chest pain, and confusion, which are frequently misdiagnosed as the flu. Brain damage and death result from long-term exposure.

How Much Does Carbon Monoxide Contribute To Global Warming?

For human-caused climate change, the authors estimate that emissions of carbon monoxide cause about 8 percent of the climate forcing of carbon dioxide.

Is Carbon Monoxide Or Carbon Dioxide Worse For The Environment?

As a reference, OSHA (Occupational Safety and Health Administration) has set a CO2 permissible exposure limit (PEL) of 5,000 ppm over an eight-hour period and 30,000 ppm over a 10-minute period. Carbon monoxide is a far more dangerous gas.

Why Is Carbon Dioxide Bad For The Environment?

CO2 has proven to be a significant contributor to air pollution, taking a substantial role in the greenhouse effect. That's because carbon dioxide traps radiation at the ground level, resulting in ground-level ozone. That prevents the earth from cooling during the night and warms ocean waters.

Is Carbon Monoxide A Greenhouse Gas?

Carbon monoxide (CO) is only a very weak direct greenhouse gas, but has important indirect effects on global warming. Carbon monoxide reacts with hydroxyl (OH) radicals in the atmosphere, reducing their abundance.

CO levels in the vicinity of a city street are a combination of emissions from that street as well as emissions from further upwind streets. The background concentration from more distant sources will be influenced by the number of emitting streets upwind, macro-meteorological factors, the depth through which effective mixing occurs, and the wind speed through that depth, to a large extent. The rate at which fresh air (or at least less polluted air) is transported into the city is determined by the mixing depth and wind speed.

High CO concentrations are toxic to humans because they can cause acute intoxication, which can lead to complications or death by asphyxiation. When the atmosphere is high in CO, oxygen has a hard time getting to the tissue, resulting in suffocation death.