Air Pollution - The Effects In The Environment And Wellbeing 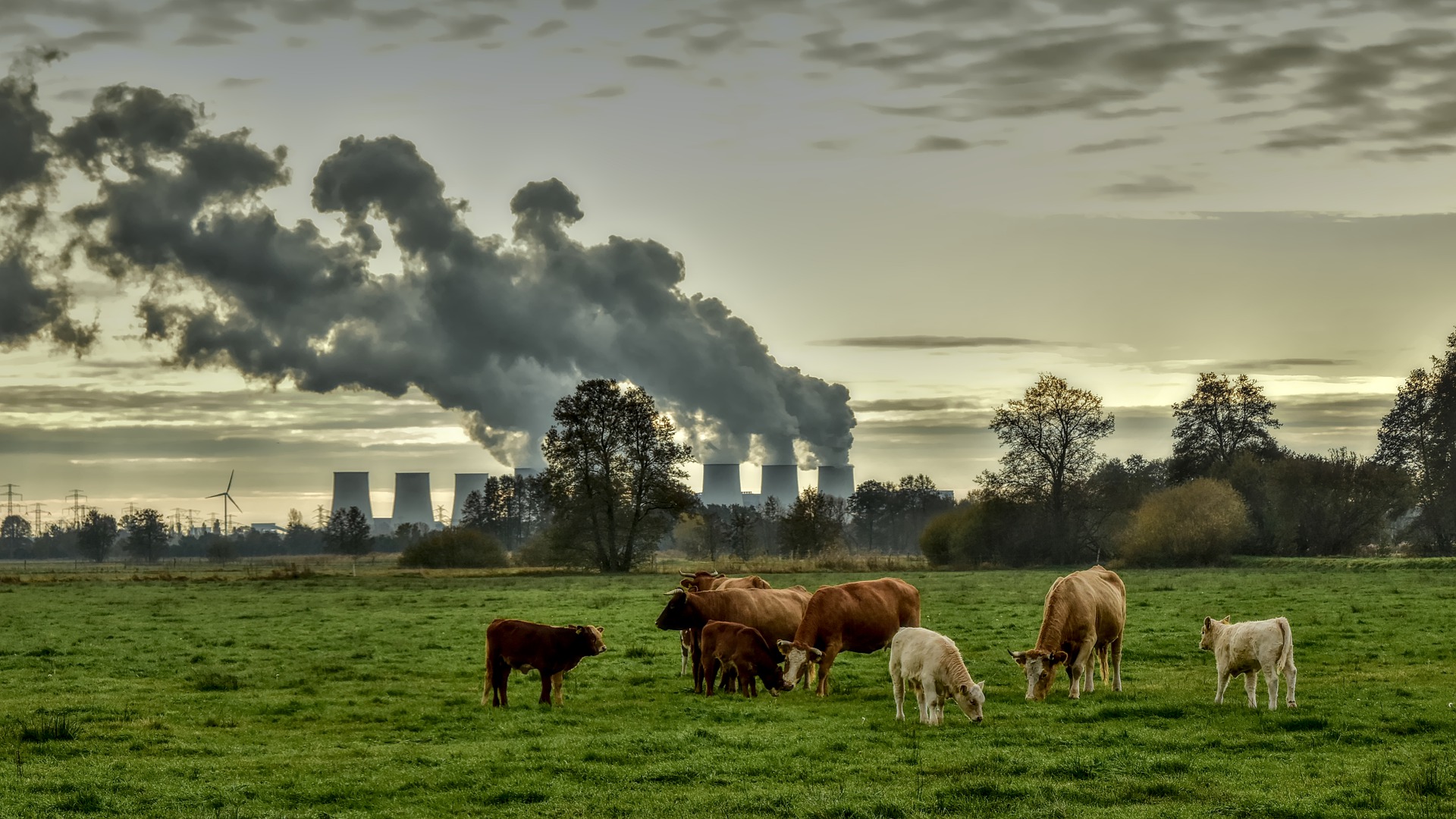 Air pollution - Air pollution is one of the most pressing issues of our time, not only because of its impact on climate change, but also because of its impact on public and individual health as a result of rising morbidity and mortality rates. Many pollutants contribute significantly to human disease. Particulate Matter (PM) causes respiratory and cardiovascular diseases, reproductive and central nervous system dysfunctions, and cancer when inhaled. Although ozone protects against ultraviolet radiation in the stratosphere, it is harmful to the respiratory and cardiovascular systems at ground level.

Many infectious diseases have a geographic distribution that is influenced by climate change and natural disasters. This problem can only be solved through public awareness combined with a multidisciplinary approach by scientific experts; national and international organizations must address the emergence of this threat and propose long-term solutions.

Approaching The Problem Of Air Pollution

The interactions between humans and their physical surroundings have been extensively studied because multiple human activities influence the environment. The environment's biotic (living organisms and microorganisms) and abiotic (hydrosphere, lithosphere, and atmosphere) elements are intertwined. Pollution occurs when substances harmful to humans and other living organisms are released into the environment. Pollutants are harmful solids, liquids, or gases that are produced in greater-than-normal concentrations and degrade the quality of our environment.

Human activities pollute our drinking water, breathing air, and growing soil. Although the industrial revolution was a huge success in terms of technology, society, and the provision of a wide range of services, it also resulted in the release of massive amounts of pollutants into the air that are harmful to human health. Without a doubt, global environmental pollution is a complex international public health issue. This major issue is intertwined with social, economic, and legal concerns, as well as personal habits.

All of the above are linked to climate change, and if the situation worsens, the consequences for humanity could be disastrous. Food security concerns, ice and iceberg melting, animal extinction, and plant damage are all serious consequences of climate change and the effects of global planetary warming.

What Are Climate And Pollution?

The two are intertwined. Climate change is the flip side of the same coin that degrades our planet's quality. The amount of incoming sunlight is affected by pollutants like black carbon, methane, tropospheric ozone, and aerosols. As a result, the Earth's temperature is rising, causing ice, icebergs, and glaciers to melt.

In this vein, climatic changes will affect the incidence and prevalence of both residual and imported infections in Europe. Climate and weather affect the duration, timing, and intensity of outbreaks strongly and change the map of infectious diseases in the globe.

The World Health Organization (WHO) tracks particle pollution, ground-level ozone, carbon monoxide, sulfur oxides, nitrogen oxides, and lead. Air pollution has the potential to harm all aspects of the environment, including groundwater, soil, and air.

Carbon monoxide is a common pollutant found in the atmosphere. Cigarette smoke, vehicle emissions, industrial processes, and combustion sources with poor ventilation all contain it. Carbon monoxide binds to hemoglobin much more tightly than oxygen. Carbon monoxide poisoning can occur when people are exposed to high levels for an extended period of time. Hypoxia, ischemia, and cardiovascular disease are all signs of oxygen deprivation caused by carbon monoxide binding.

The stratosphere (15-50 km) and troposphere (0-15 km) have concentration peaks, with the stratospheric O3 layer having the highest fraction and concentrations (Royal Society, 2008). The transmission of ultraviolet light to the earth's surface is regulated by stratospheric O3. As a result, decreases in stratospheric O3 in polar regions, especially the Antarctic "ozone hole," raise concerns about the health effects of increased UV-B exposure.

O3, on the other hand, is a regionally important toxic air pollutant and greenhouse gas in the troposphere (at ground level). The natural global average background is around 10-20 parts per billion (ppb), though the concentration is debatable. Photochemical reactions between NOX and VOCs, which include various hydrocarbons, produce additional amounts of tropospheric O3.

In combustion processes, nitrogen oxides are formed, partly from nitrogen compounds in the fuel, but mostly from the direct interaction of atmospheric oxygen and nitrogen in flames. Lightning and, to a lesser extent, microbial processes in soils produce nitrogen oxides in the natural world.

Lead is a trace element that occurs naturally in the environment, with volcanoes and rock weathering being major natural sources. Mining, smelting, coal combustion, and waste incineration have all contributed to a significant increase in the distribution and abundance of lead in the environment. Batteries, dyes, paints, and metal alloys are all made from lead. Lead is the primary metal used to manufacture ammunition and fishing weights due to its properties (such as high density, low melting point, malleability, and corrosion resistance).

Inhalation, ingestion, and dermal absorption can all cause lead poisoning. In the fetal nervous system, lead poisoning results in edema (brain swelling). Lead accumulates in the blood, soft tissue, liver, lungs, bones, cardiovascular, nervous, and reproductive systems after being inhaled.

Sulfur dioxide (SO2) is a sulfur-oxygen gas that pollutes the atmosphere. When sulfur-containing fuels like coal, oil, or diesel are burned, sulfur dioxide is produced. In the atmosphere, sulfur dioxide converts to sulfates, which are a major source of fine particle pollution in the eastern United States. Sulfur dioxide is a sensory irritant that enters the lungs and converts to bisulfite, causing bronchoconstriction. There have also been reports of skin redness, eye and mucous membrane damage, and worsening of pre-existing cardiovascular disease.

Dioxins originate from industrial processes but also come from natural processes, such as forest fires and volcanic eruptions. They can be found in foods like meat and dairy products, fish and shellfish, and animal fatty tissue.

PAHs are everywhere in the environment because the atmosphere is their primary mode of dispersal. They are found in coal and in tar sediments. Furthermore, they are produced by incomplete combustion of organic matter, as in forest fires, incineration, and engine exhaust. PAHs like benzopyrene, acenaphthylene, anthracene, and fluoranthene are toxic, mutagenic, and carcinogenic. They are a major cause of lung cancer.

Volatile organic compounds (VOCs), such as toluene, benzene, ethylbenzene, and xylene, have been found to be associated with cancer in humans. The use of new products and materials has actually increased VOC levels. Indoor air pollution from VOCs can be harmful to human health. There are both short-term and long-term negative effects on human health. VOCs are responsible for indoor air smells. Short-term exposure causes eye, nose, throat, and mucosal membrane irritation, while long-term exposure causes toxic reactions. Because these pollutants can have synergistic, antagonistic, or indifferent effects, predicting the toxic effects of complex VOC mixtures is difficult.

The Effects Of Air Pollution

The two most prevalent air pollutants are ground-level ozone and Particulate Matter (PM). People develop disease symptoms and states of varying severity when they are exposed to high levels of pollutants in the air. There are two types of health effects: short-term and long-term.

Short-term side effects can range from minor eye, nose, skin, and throat irritation to more serious conditions such as asthma, pneumonia, bronchitis, and lung and heart problems. When people are exposed to air pollution for a short period of time, it can cause headaches, nausea, and dizziness.

Long-term exposure to pollutants can aggravate these problems by causing damage to the nervous, reproductive, and respiratory systems, as well as cancer and, in rare cases, death. The long-term effects are chronic, lasting years or even a lifetime, and can even lead to death. Furthermore, the toxicity of a number of air pollutants has the potential to cause a number of cancers over time.

Particulate matter, dust, benzene, and O3 are all lung irritants. You're also at a higher risk if you already have a respiratory disease like asthma. Long-term consequences are more likely in people with a predisposing disease state.

The Impact Of Air Pollution On The Environment

Air pollution is harmful to both people and the environment. The most serious environmental consequences are as follows:

Acid rain is a type of precipitation that is either wet (rain, fog, snow) or dry (particulates and gas) and contains toxic levels of nitric and sulfuric acids. They can harm trees and plantations, as well as buildings and other outdoor sculptures, constructions, and statues, by acidifying water and soil environments.

A haze forms when fine particles are dispersed in the air, reducing the transparency of the atmosphere. The problem is exacerbated by gas emissions from industrial plants, power plants, automobiles, and trucks.

When animals are exposed to high levels of toxic pollutants from the air, soil, and water ecosystems, they become ill.

When high levels of nutrients (especially nitrogen) encourage the blooming of aquatic algae, it leads to a loss of fish diversity and death.

What Are The 10 Causes Of Air Pollution?

What Are The Types Of Air Pollution?

What Is Air Pollution Causes And Effects?

Air pollution is known to cause irritation in the eyes, lungs, nose, and throat. It creates respiratory problems and exacerbates existing conditions such as asthma and emphysema. When continually exposed to air pollution, humans become at higher risk for cardiovascular disease.

What Are The Effects Of Air Pollution?

Even though air pollution is a serious problem, don't let it keep you inside all season. According to the Centers for Disease Control and Prevention (CDC), it's still safer to gather with friends and family outside, especially if you'll be around people who haven't been vaccinated. It is also very beneficial to your mental health.