Ultrasonography - Its Role In The Imaging Of Gouty Arthritis 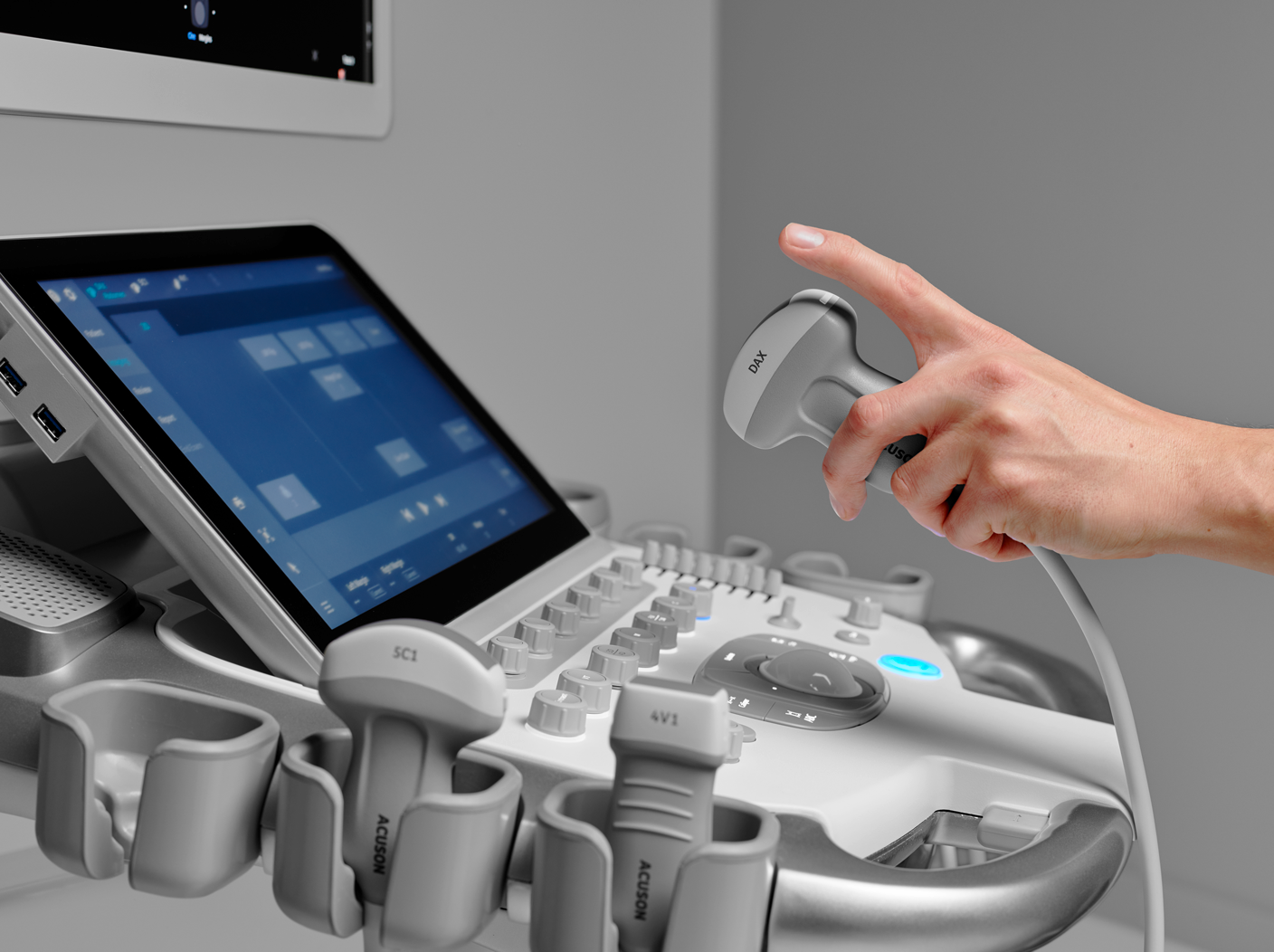 The use of ultrasonography to detect calcified urolithiasis and gallstones has been around for a long time. Tissues are visualized using ultrasonography as acoustic reflections.

Ultrasonography is a physics-based imaging modality that can detect crystalline material in soft tissues.

Crystalline material in joints reflects ultrasonography waves more strongly than surrounding tissues, such as unmineralized hyaline cartilage or synovial fluid, and thus can be easily distinguished on ultrasonography.

Ultrasound examinations supplement other imaging modalities, such as radiography, and allow for more definitive diagnostic tests (such as biopsy and fine-needle aspiration). Ultrasonography, on the other hand, is limited by its reliance on the user. This means that the sonographer's experience and knowledge determine the quality of the images obtained as well as their accurate interpretation.

Ultrasonography works on the same principles as depth-sounding in oceanographic studies of the seafloor. Depending on the nature of the surface they strike, ultrasonic waves are confined to a narrow beam that can be transmitted through, refracted, absorbed, or reflected by the medium.

In the field of obstetrics and gynecology, where ionizing radiation should be avoided at all costs, ultrasonography is particularly useful. The method can be used to assess fetal size and maturity, as well as fetal and placental positioning. It is a quick, relatively safe, and accurate method of detecting multiple pregnancies. Ultrasonography can detect uterine tumors and other pelvic masses, including abscesses.

The shift in frequency of a continuous ultrasonic wave proportional to the blood-flow velocity in underlying vessels is measured and visually recorded in the diagnosis of extracranial occlusive vascular disease. It's also used to detect the fetal heartbeat or the speed at which a structure moves, such as the beating heart.

The strength of echoes is indicated by the brightness of the displayed dots in B-mode ultrasonography.

B-mode ultrasonography employs an array of detectors to produce scans at a speed of 30 frames per second.

What Is A Gouty Arthritis?

Patients with asymptomatic hyperuricemia don't need treatment, but they should be encouraged to make dietary or lifestyle changes to reduce their urate levels. The first metatarsal joint of the foot is most commonly affected by acute gout, but other joints are also affected. Joint aspiration and polarized light microscope demonstration of birefringent crystals in the synovial fluid are required for a definitive diagnosis.

Tophi are sodium urate deposits that are large enough to be seen on radiographs and can appear anywhere. The joints of the hands and feet are the most common locations. Tophi can be found in the helix of the ear, the olecranon bursa, and the Achilles tendon. Articular tophaceous gout can cause arthritic damage and chronic secondary osteoarthritis.

The time between the first gouty attack and the onset of recognizable tophaceous disease can be anywhere between three and 42 years. The duration and severity of hyperuricemia are linked to the rate of urate deposition and, as a result, the rate of tophi formation. Patients with a polyarticular presentation, a serum urate level greater than 9.0 mg per dL (535 mol per L), and a younger age at disease onset are more likely to develop tophaceous disease.

The patient returns to an asymptomatic stage of the disease after recovering from acute gouty arthritis. Intercritical gout is the term for this stage. The physician should pay attention to secondary causes of hyperuricemia during this intercritical period. At this time, the patient's medications should be evaluated to see if any are likely to aggravate his or her condition.

Acute gout is marked by sudden onset of pain, erythema, limited range of motion, and swelling in the affected joint.

Acute gout is most common between the ages of 30 and 50. Monoarticular attacks account for roughly 90% of all initial attacks. The first metatarsophalangeal joint is involved in more than half of patients with acute gout, which is known as podagra. The metatarsophalangeal joint, instep/forefoot, ankle, knee, wrist, and fingers are among the joints that are affected.

Without gouty arthritis or nephrolithiasis, asymptomatic hyperuricemia is defined as an abnormally high serum urate level. A serum urate concentration of more than 7 mg per dL (416 μmol per L), the approximate level at which urate is supersaturated in plasma, is considered hyperuricemia.

Diagnosis Of Gouty Arthritis With Ultrasonography

The presence of monosodium urate crystals must be confirmed through aspiration and examination of synovial fluid. Crystals can be detected in even the tiniest amount of fluid aspirated from the needle's shaft or hub. Using polarized light microscopy, monosodium urate crystals can be identified. A microscope equipped with a first-order red compensator and a rotating stage is required to demonstrate the characteristic birefringence. When viewed parallel to the axis of the compensator, urea crystals are bright, needle-shaped, and yellow.

Even if a polarizing microscope is not available, the needle shape of monosodium urate crystals can be identified with conventional light microscopy, especially when found within white blood cells.

It's critical to confirm the presence of monosodium urate crystals so that patients with coincidental hyperuricemia and osteoarthritis aren't misdiagnosed as having gout and treated with allopurinol unnecessarily. Rheumatoid arthritis, calcium pyrophosphate dihydrate deposition, spondyloarthropathies, and osteoarthritis can all be mistaken for gout.

How Does Ultrasonography Help In The Treatment Of Gout Arthritis?

The effectiveness of anti-inflammatory or urate-lowering therapy can be evaluated using serial ultrasonography images. Tophus' size can be determined using ultrasonography, which can be repeated at subsequent patient visits. There are visible changes in tophus size. The majority of tophi with changes in maximal diameter or volume were in patients with properly controlled serum urate (SU) levels, though changes in patients with higher SU levels were seen on rare occasions.

Which Imaging And Laboratory Findings Are Typical In Gout?

The presence of a non-demineralizing erosive arthropathy with erosions that are well defined with sclerotic or overhanging margins and the visualization of tophi as soft-tissue or intraosseous masses are typical plain radiographic features of chronic gout.

What Tests Are Used To Diagnose Gout?

Tests to help diagnose gout may include:

Can Gout Be Seen On MRI?

Gout can be identified and described using MRI, according to a new study. Although magnetic resonance imaging (MRI) is frequently used to determine disease activity and damage in autoimmune inflammatory arthritis, its role in gout remains unknown.

What Is The Gold Standard For Diagnosing Gout?

The presence of MSU crystals in aspirate joint fluid or tophus is the gold standard for determining a definitive diagnosis of gout.

Ultrasonography is a non-invasive diagnostic medical test. It's a safe alternative for patients who want to know what's going on inside their bodies. Ask your doctor if an ultrasound is an option for you if images are required.

From lumps to kidney stones, a sonogram can be used to assess, diagnose, and treat a variety of medical conditions. The most common application is to monitor a fetus's development and hear its heartbeat while pregnant. A sonogram produces a live image that is both painless and quick. A sonogram can usually be completed in less than 30 minutes.