The Ketogenic Diet - What It Means For Neurological Disorders 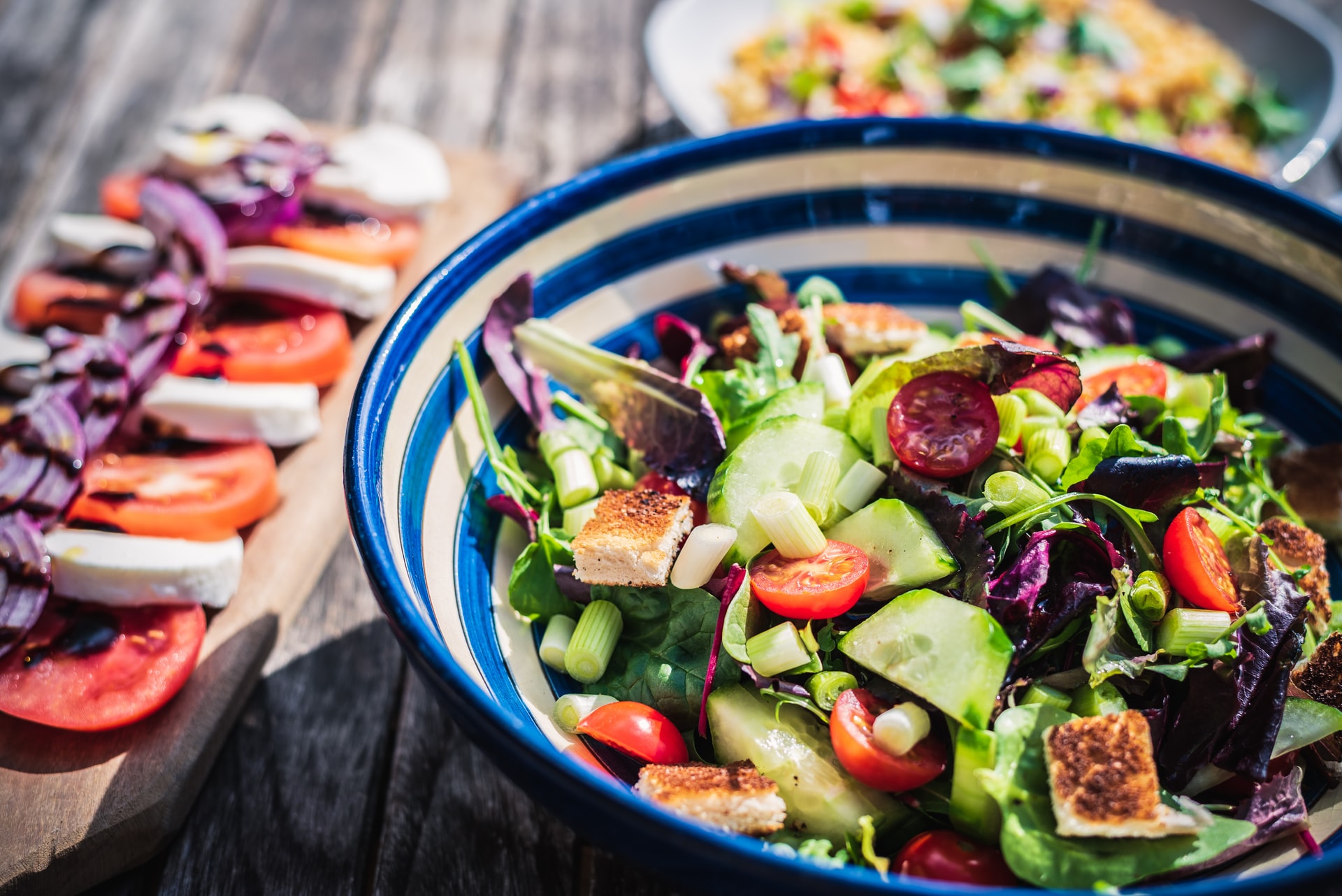 Fruits, vegetables, whole grains, milk, and yogurt are just a few of the nutrient-dense foods that contain carbohydrates.

While the mechanisms underlying the ketogenic diet's anticonvulsant effects are unknown, there is mounting experimental evidence for its broad neuroprotective properties, as well as data indicating that it can be used to treat a variety of neurological disorders.

This fascinating clinical observation is the basis for the hypothesis that the ketogenic diet may have anti-epileptogenic properties.

What Does Science Say About The Keto Diet?

The speed with which different people produce ketones is influenced by their BMI and metabolic rates. This means that while everyone on the keto diet loses weight at the same rate, some people lose weight more slowly than others. The keto diet can be frustrating for this group of people, and it may detract from their desire to make healthy dietary changes. Furthermore, many people are unable to maintain the keto diet and revert to their previous eating habits, causing them to gain weight.

A keto diet for beginners

What Is The Neuroprotective Role Of The Ketogenic Diet?

Over the last decade, researchers have discovered a number of mechanisms by which the ketogenic diet may provide neuroprotective activity.

Two hallmark features of ketogenic diet treatment are an increase in ketone body production by the liver and a reduction in blood glucose levels. The oxidation of fatty acids is the primary source of ketones.

The second major biochemical feature of the ketogenic diet is the reduction in glycolytic flux. Calorie restriction has been shown in a variety of animals, including primates, to reduce seizures and extend lifespan.

Does The Ketogenic Diet Have Any Effect On Cancer?

The Warburg effect is a well-known biochemical phenomenon in which cells with the highest metabolic rates are particularly sensitive to a lack of metabolic energy to fuel their activity. Depriving rapidly dividing, highly metabolic cancer cells of their normal fuel source, such as glucose, could theoretically be clinically beneficial. Despite this well-documented cellular finding, the ketogenic diet has only recently been considered as a clinical treatment for cancer.

Several studies published in the last decade have found that animals on a ketogenic diet with experimentally created brain tumors have significantly lower tumor growth rates, and these remarkable effects appear to be due to calorie restriction rather than ketogenic diet-induced ketosis as the primary mechanism.

Is There Any Effect Of The Ketogenic Diet On Stroke

Although no clinical trials of the ketogenic diet in patients with stroke have been conducted to date, several animal studies of hypoxia-ischemia support the diet's potential benefits. The ketogenic diet is used in the majority of these models, which results in less structural and functional damage following a stroke.

How The Ketogenic Diet Works In Mitochondrial Disorders

At the same time, inherent mitochondrial dysfunction may predispose individuals to negative toxicities from high fatty acid loads, which may overwhelm β-oxidation within the mitochondrial matrix.

Many lines of evidence point to the rationale of therapeutically targeting mitochondrial bioenergetics for other disease states, as evidenced by the experimental data described above.

Is There Any Effect Of The Ketogenic Diet In Brain Trauma?

Unfortunately, both civilian and military populations are experiencing an increase in brain injury. A penetrating or blunt/blast injury to the brain can have serious cognitive and motor consequences.

Furthermore, the emergence of hyperexcitable neuronal circuits months to years after brain trauma increases the morbidity of affected individuals and points to the emergence of hyperexcitable neuronal circuits over time. As a result, given the clinical problem of post-traumatic epileptogenesis and the fact that the ketogenic diet can reduce seizure activity, the idea has emerged that dietary therapy could help with brain injury and possibly long-term consequences like epilepsy.

The Ketogenic Diet In Depression

Although the ketogenic diet is thought to have mood-stabilizing properties, no clinical studies have been done as of this writing. The ketogenic diet's potential role in depression has been investigated in rats using a forced choice model of depression, which showed that it had a beneficial effect similar to that of conventional antidepressants.

Does The Ketogenic Diet Work In Migraine?

Migraine is a type of paroxysmal neurological disorder that shares a lot of clinical phenotypic similarities with epilepsy. Despite the fact that the intrinsic mechanisms underlying seizures and migraine attacks are fundamentally different, there are theoretical reasons to consider the ketogenic diet for chronic migraine. Both disorders are characterized by paroxysmal excitability changes in the brain, and the pharmacological agents used to treat them share a lot of similarities.

Although it may seem unlikely that a migraine sufferer would follow such a complicated dietary regimen as the ketogenic diet, given the lack of better options, this option is worth considering, especially for those who have been medically refractory.

The ketogenic diet was first used for migraine treatment in 1928, just a few years after it was first used for epilepsy. Although the validity of this clinical study is questionable and some patients admit to poor compliance, nine of the 28 patients reported "some improvement."

How The Ketogenic Diet Works In Amyotrophic Lateral Sclerosis

Amyotrophic lateral sclerosis (ALS) is a disease that causes degeneration of the spinal cord's cortex and anterior horn. As a result, despite maintaining a high level of cognitive function, voluntary motor activity deteriorates over time, leaving the affected person profoundly weak. The fundamental pathophysiological mechanisms underlying this relentless disorder are unknown, but energy-producing systems are likely to play a role, and mitochondrial dysfunction is likely to contribute to disease pathogenesis, as is the case with other neurodegenerative disorders.

In this regard, a mouse model of ALS created by knocking out the gene encoding the copper/zinc superoxide dismutase SOD1-G93A, which results in progressive muscle weakness and death due to respiratory failure, suggests that the ketogenic diet could be a promising adjunctive treatment for this devastating disease.

Do Ketones Cause Brain Damage?

Certainly, hyperglycemia has been repeatedly shown to be deleterious to the injured brain. During these times, an exogenous supply of ketones may force the brain to shift its reliance from glucose to ketones, thus taking advantage of improved transport and cellular metabolism.

The newest science suggests that a ketogenic diet — heavy on fat and very light on carbohydrates — could improve thinking in people with Alzheimer's disease, and that it may even help reduce the risk of the deadly brain disorder in the first place.

What Happens To The Brain During Ketosis?

A ketogenic diet also increases the number of mitochondria, so called “energy factories” in brain cells. A recent study found enhanced expression of genes encoding for mitochondrial enzymes and energy metabolism in the hippocampus, a part of the brain important for learning and memory.

Can Brain Cells Use Ketones?

The brain is dependent on glucose as a primary energy substrate, but is capable of utilizing ketones such as β-hydroxybutyrate (βHB) and acetoacetate (AcAc), as occurs with fasting, prolonged starvation or chronic feeding of a high fat/low carbohydrate diet (ketogenic diet).

Despite a lack of clinical evidence, the ketogenic diet is increasingly being used to treat a variety of neurological disorders. These preliminary studies are based on the hypothesis that metabolic changes can have neuroprotective effects.

The ketogenic diet is a very restrictive way of eating. Due to the complexity of epilepsy treatment, research supports this eating pattern when managed in conjunction with a healthcare team. The verdict is still out on the keto diet as a tool for weight loss and other health benefits.