The Fetus - Does Ultrasound And MRI Have Any Effect? 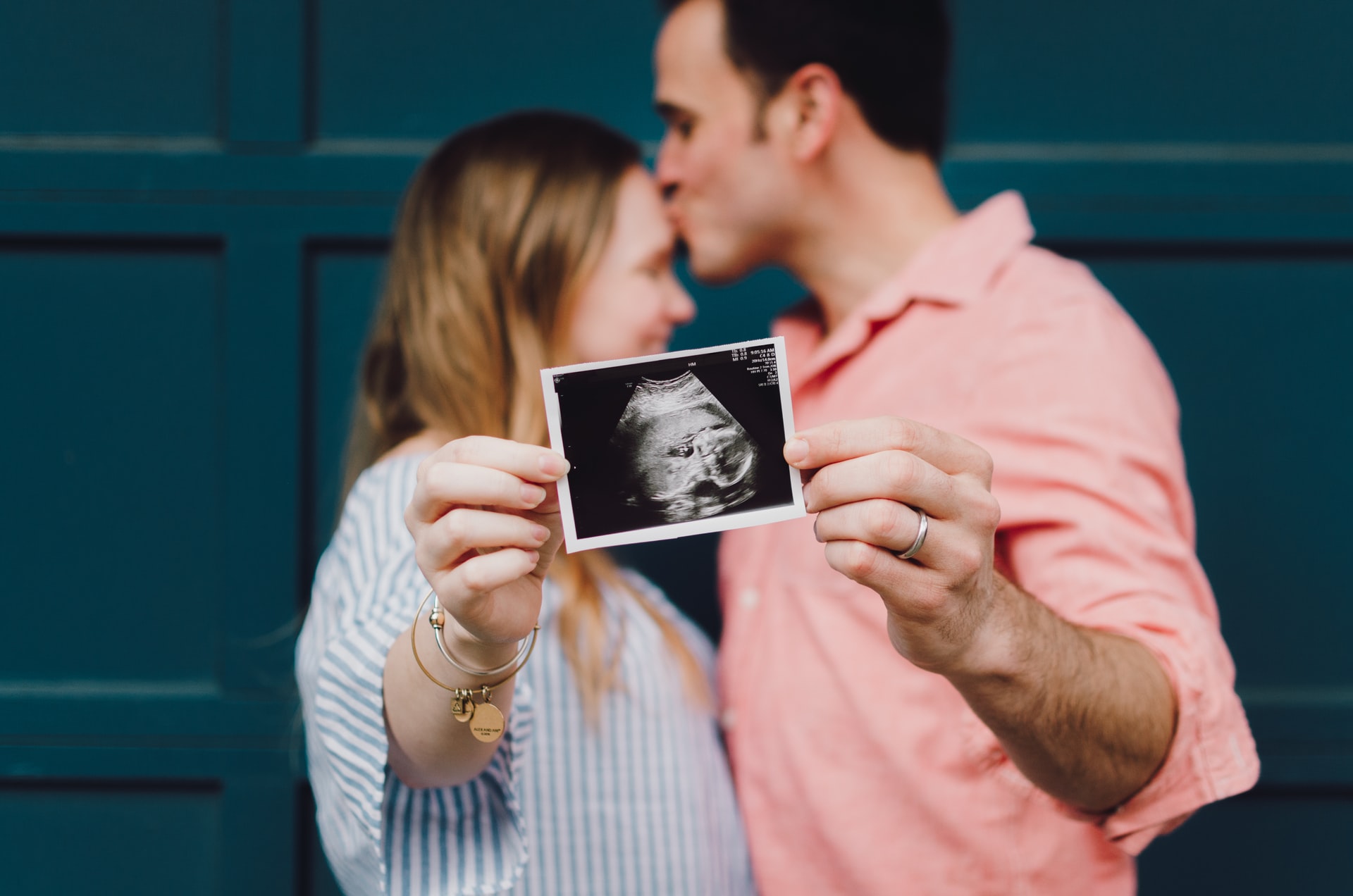 Ultrasound remains the preferred method of imaging the fetus because of its accessibility, safety, and low cost. Magnetic resonance imaging (MRI) has, however, become an important adjuvant in the evaluation of the fetus as a result of technological advancements.

Fetal lie, oligohydramnios, overlying bone, or obesity do not prevent MRI from being performed. MRI can image the fetus in any plane, giving the fetus and placenta a large field of view and excellent soft-tissue resolution in the brain, airway, lungs, and abdomen.

Volumetric data, spectroscopy, and functional images are among the technologies being developed. With a lack of consensus on its utility and safety, MRI presents its own set of challenges. The sequences available are limited by artifacts caused by the moving fetus and breathing mother.

What Are The Considerations For Fetal MRI?

Strong magnetic fields are used by the MRI machine. Tissue water protons are aligned along the field's direction thanks to magnetism. The magnetization can be tipped by using a second radio frequency pulse. Relaxation of protons produces radiofrequency signals that can be measured after the electromagnetic field is turned off. In the field, computerized electromagnetic signal interpretation can accurately characterize different types of soft tissue.

What Is A Fetal Ultrasound?

According to the American Institute of Ultrasound in Medicine's Practice Guideline for the Performance of Obstetric Ultrasound Examinations, published in 2007, "diagnostic ultrasound studies of the fetus are generally considered safe during pregnancy." Despite its excellent safety record, laboratory studies in animals have shown that diagnostic ultrasound can cause serious harm if the intensity is high enough.

In a review of epidemiologic studies of human exposure to ultrasound, there were no effects on childhood cancer, dyslexia, speech development, or congenital anomalies. There is little evidence that frequent ultrasound exposure of the human fetus is linked to a non-significant decrease in newborn body weight, a decrease in the frequency of right-handedness, or delayed speech.

Thermally induced teratogenesis has been shown in many animal studies, as well as a few well-controlled human studies. Ultrasound causes thermal changes in tissue by raising the temperature in the focal area of the beam. Hyperthermia is a known teratogen in mammalian laboratory animals and a suspected teratogen in humans, causing a variety of structural and functional defects. The human embryo and fetus are especially susceptible to high temperatures.

For long periods of time, maternal core body temperature rises 2°C above normal, 2–2.5°C for 0.5–1 hour, and 4°C for 15 minutes. As a result, there have been developmental abnormalities in animal models. Due to significant differences in thermoregulation and thermoneutral ambient temperatures, the temperatures above may or may not be reasonable threshold predictions for adverse developmental effects in humans.

Non-thermal ultrasound side effects such as acoustic cavitation, radiation force, and acoustic streaming are more noticeable early in pregnancy when embryonic tissues are loosely tethered and exposed to an ultrasound beam traveling through a liquid path. When gas-encapsulated echo-contrast media are present in the sound field, the likelihood of nonthermal effects similar to cavitation increases. As a result, ultrasound contrast agents are not permitted to be used while pregnant. Non-thermal damage has been observed in mammalian tissues that contain gas.

An MI of 0.3 represents the threshold for the possibility of capillary bleeding in gas-containing organs like the lungs and intestines, according to the AIUM's Statement on Nonhuman Mammalian in vivo Biological Effects from 1993. An MI value of 0.7 was chosen as the cavitation threshold following a theoretical study by Apfel and Holland in 1991 that yielded the MI formula.

A routine MRI examination during pregnancy does not pose a significant risk to the fetus, according to scientific evidence in humans. The American College of Radiology stated in 2010 that current data did not conclusively document any negative effects of MRI exposure on the developing fetus, and that there are no known negative effects of MRI on the fetus in 2011. Furthermore, MRI has been used to evaluate obstetrical, placental, and fetal abnormalities in pregnant patients for more than 25 years, and it is a proven, established imaging modality for evaluating fetal anomalies not well assessed by sonography.

The use of MRI is beneficial not only for diagnosis but also for treatment and delivery planning and counseling. Fetal MRI, on the other hand, should be used only when absolutely necessary and after careful consideration of sonographic findings and family history.

What Are The Contraindications For Fetal MRI?

An MRI cannot be performed on a pregnant woman who has a metallic implant in a soft tissue organ (such as a brain aneurysmal clip). The device could be thrown out by the strong magnetic field. Metallic screws in the pelvic bones or hip joint prostheses should be avoided during pregnancy when undergoing an MRI because they distort the magnetic field and cause image artifacts.

Patients with cardiac pacemakers or cardioverter defibrillators (ICDs) have long been forbidden from having an MRI because of the risk of device malfunction and death from MR. New "leadless" pacemaker models may be amenable with MRI using a lower magnetic field intensity (1.5 Tesla). Before performing an MRI on these high-risk patients, it is critical to consult with their cardiologists and the manufacturers.

An MRI scan may be too much for women suffering from anxiety disorders or severe claustrophobia. To make the scan more tolerable, emotional support and medical sedation may be used. There are now open scanners available, which should be more acceptable to this group of patients.

According to the International Commission on Non-Ionizing Radiation Protection 2004, 2009b, the Medicines and Healthcare Products Regulatory Agency 2007, and the International Electrotechnical Commission 2008, although there is no evidence that using clinical MRI during pregnancy causes harm, positive proof of safety is difficult to obtain, and there is currently uncertainty about the risk associated with MRI examinations of pregnant patients. It's also been suggested that MRI could make the fetus more sensitive to temperature changes.

Some potential MRI side effects to be aware of include:

The magnetic resonance imaging (MRI) system is non-invasive and non-ionizing. No clinically significant fetal effects have been reported with the traditional 1.5 and 3-Tesla machine. The MRI should be avoided during the first half of pregnancy, especially after 18 weeks of pregnancy. Because the fetus is so small at this stage, anatomical assessment by MR is limited. Excessive movement of a small fetus can cause significant motion artifacts, lowering the quality of the MRI image. When the information needed from the study cannot be obtained by other imaging techniques, an MRI can be performed at any stage of pregnancy. In a suspected appendicitis, this could be the case.

For fetal neuroimaging, 3-Tesla MRI is becoming increasingly popular. It is thought to be safe for the human fetus, but there are some concerns. MRI of the pregnant woman or the fetus has not been reported to cause any harm. At or below 1.5 Tesla magnetic field strengths, safety studies have been conducted. Tissue heating may become more intense as field strengths increase. The use of 3-Tesla magnets for diagnostic MRI with normal specific absorption rate (SAR) regimens does not result in temperature increases above 1°C in animals if imaging time is kept under 30 minutes, according to an animal study.

What Are The Negative Effects Of Ultrasound?

Some of the reported effects include growth restriction, delayed speech, dyslexia, and non-right-handedness associated with ultrasound exposure. Continued research is needed to evaluate the potential adverse effects of ultrasound exposure during pregnancy.

Are MRI Scans Safe During Pregnancy?

MRI scans aren't usually recommended for pregnant women. Although they're thought to be generally safe to use in later pregnancy (after 3 months), it's not known whether the strong magnetic fields have any long-term effects on the developing baby.

Is It Safe To Have Ultrasound Every Month In Pregnancy?

Ultrasounds are standard for every pregnancy because they're an effective way for doctors to monitor the health of both the growing fetus and mother-to-be. In general, a healthy pregnancy should involve two ultrasounds: one in the first trimester and another mid-way through the second trimester.

Despite the fact that fetal ultrasound and magnetic resonance imaging (MRI) are widely regarded as completely safe imaging modalities for the developing fetus, numerous reports have been published warning about the risk of both modalities causing harm to the fetus.