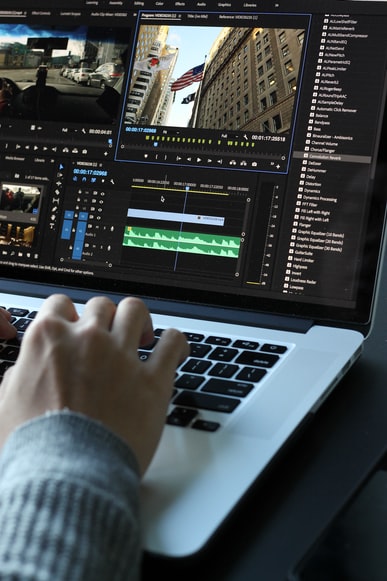 The Kuleshov Effect example is a video editing effect created by Lev Kuleshov, a Soviet director. It is a psychological phenomenon in which the viewer takes more meaning from the interplay of two back-to-back shots than from a single picture alone. It is a psychological phenomenon in which viewers extract more meaning from the interplay of two consecutive photos than from a single shot alone. Psychologists have investigated the impact, and it is well-known among contemporary filmmakers. In his interactions with François Truffaut, Alfred Hitchcock mentions the effect, using actor James Stewart as an example. Hitchcock is squinting in the first version of the model, and the viewer sees a film of a mother holding a baby. The camera then returns to Hitchcock's face, which is now smiling. In essence, he is a kind elderly guy. In the second scenario, Hitchcock argues that the wife and infant are replaced with a woman in a bikini: "What exactly is he now? He's an unclean old guy."

Kuleshov established the importance of montage as a fundamental technique in filmmaking. According to Kuleshov, cinema consists of pieces and the assembly of those fragments, assembling parts that are unique in reality. It is not the substance of the pictures in a film that matters, but their arrangement. The basic materials of such an art piece do not have to be unique, but maybe prefabricated parts that the artist can deconstruct and reassemble into new juxtapositions. Kuleshov's montage efforts in the late 1910s and early 1920s provided the theoretical foundation of Soviet montage cinema, culminating in the renowned late 1920s films by filmmakers such as Sergei Eisenstein, Vsevolod Pudovkin, and Dziga Vertov, among others. The Battleship Potemkin, October, Mother, The End of St. Petersburg, and The Man with a Movie Camera were featured.

What Was The Central Principle Of The Kuleshov Effect?

A montage is a primary element that distinguishes every film as an art form in and of itself. This technique's core idea is that cinematic meaning is determined by the edited sequence rather than the individual shot. Kuleshov observed that art is composed of two fundamental elements: the material and how the artist arranges it. He later learned that the arrangement of individual pictures in a montage distinguishes a film.

In 1921, he carried out the Kuleshov experiment, which entailed projecting the expressionless face of a well-known actor, followed by a shot of a bowl of soup. He then showed a different photo of the same blank actor, followed by a girl in a coffin. The last one was the actor's face, followed by a beautiful young lady lying on a sofa. Although the man's demeanour remained the same each time he was onscreen, the audience's view of him altered depending on whether he was holding a bowl of soup, a pretty young lady resting on a sofa, or a girl in a coffin.

The first series of pictures represented hunger, while the second represented melancholy. People said that the third set displayed desire. After examining people's responses to the photographs, he found that the arrangement of the shots made two discrete locations seem to the audience to be one continuous area. His contemporaries investigated the power of montage, and the innovations that resulted opened the path for modern filmmakers. He demonstrated that a film is nothing more than juxtaposing two images stitched together to produce emotions. He discovered that shot length, movement, cuts, and juxtaposition were filming methods that might affect spectators emotionally. As a consequence, using editing to manipulate space and time became conceivable.

Movies That Use The Kuleshov Effect

Other instances of the Kuleshov effect may be found in films from the previous century, and this idea can be used to motivate the filmmaking process.

Why Is The Kuleshov Effect Important

The Kuleshov effect states that two bullets in a sequence have a greater impact than a single shot alone. Understanding the Kuleshov Effect enables editors to more effectively manage the tone and meaning of their films. The Kuleshov Effect influences how current directors create films: Write down major responses in scripts. Give your characters the opportunity to respond to every crucial piece of dialogue, reinforcing their feelings, beliefs, and world views if you're creating a screenplay. These responses will be very useful throughout the editing process.

Even in children's films, such as Pixar's "Inside Out," the characters may see the Kuleshov effect. Riley is seen watching television by the audience, and she starts to respond to the scenario as a result of the response of the character Fear to the situation. We flip back and forth between Riley, Fear, and the other emotions, as well as the television, to watch how the case is progressing.

The Kuleshov experiment was groundbreaking for its time since it was the first to establish the significance of shot juxtaposition. While a cinematographer may light a scene precisely and an actor can provide a faultless performance, the location may not effectively express emotion if the shots are not juxtaposed properly. Today, the Kuleshov Effect serves as a reminder to filmmakers, especially editors, that the context in which an actor's face appears influences how that actor's face is viewed. Editing is more than just gathering shots to convey a tale; it's about carefully picking images and perspectives that affect the audience's perception of the storey. Something as basic as a reaction shot or a close-up may significantly impact how an audience perceives a film's action and message.