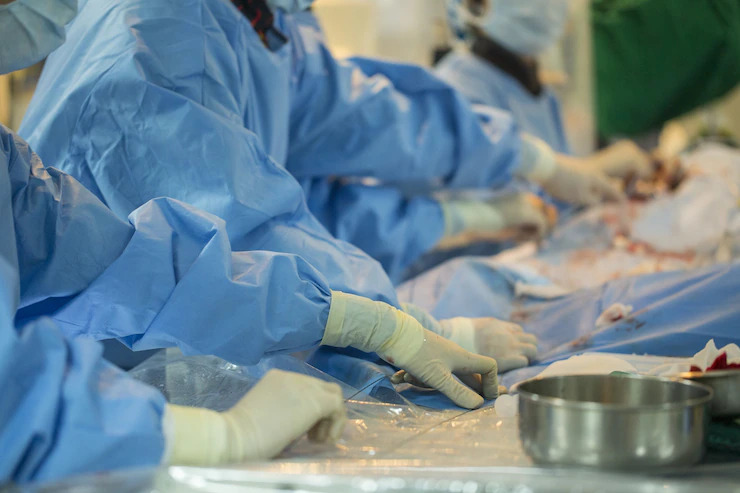 Internal iliac artery stenosis (IIAS) is one of the arterial tree's probable localization of atherosclerosis.

When a patient complains of proximal walking discomfort, this condition is often overlooked in the diagnostic procedure.

Indeed, walking-related discomfort in the lower back, hip, buttock, or thigh implies proximal claudication or pseudoclaudication.

Unfortunately, owing to almost identical symptoms, the vascular origin is often overlooked when a patient complains of proximal limb discomfort since most clinicians suspect pseudoclaudication.

First, claudication was traditionally characterized as weariness, discomfort, or pain in the calves caused by exercise-induced ischemia that is eased by rest.

Second, the ankle-brachial index (ABI) is the gold standard for diagnosing LEAD.

LEAD is characterized by an ABI of 0.90; however, in isolated internal iliac artery stenosis or superior gluteal artery lesions, the latter may stay within normal limits.

What Is Internal Iliac Artery Stenosis?

Internal iliac artery stenosis is a manifestation of LEAD. Since most clinicians invoke pseudoclaudication when a patient complains of proximal walking discomfort, this diagnosis is often overlooked.

Lower extremity arterial disease (LEAD) is a frequent condition primarily caused by atherosclerosis, a systemic disease process that changes the typical structure and function of the blood arteries.

Lower back, hip, buttock, or thigh claudication is the primary symptom of proximal claudication, characterized by tiredness, discomfort, or pain in particular muscle groups caused by exercise-induced ischemia and resolved by rest.

However, the presentation of proximal claudication is often aberrant and may resemble non-vascular illnesses, leading to an incorrect diagnosis.

In addition, severe internal iliac artery stenosis may cause discomfort during rest and lead to gluteal necrosis.

These two deficits diminish the quality of life of the patient.

To prevent these impairments, even if it is difficult with traditional non-invasive diagnostics, it is desirable to detect the condition to reduce the current 2-year wait in diagnosis when the disease is not accompanied by distal LEAD.

The maximum walking distance often decreases due to an increase in arterial stenosis or a decline in the efficacy of the collateral network, both of which reduce blood flow supply to muscles irrigated by the IIA.

The maximum walking distance may be determined using a variety of approaches, including medical interviews, questionnaires, the suggested standardized treadmill examination, the 6-minute test for patients unable to walk on a treadmill, and, more recently, GPS technology.

Claudication subsides typically within 10 minutes after cessation of walking, and a physical examination should rule out pseudoclaudication.

Hip osteoarthritis is frequently accompanied by groin discomfort triggered by internal or external rotation of the hip.

Hip pain often radiates to the knee, but lumbar spinal stenosis causes pain that extends beyond the spinal region into the buttocks.

Duplex ultrasonography (DUS) of the abdominal vascular circulation may aid in diagnosis.

However, no research has assessed the sensitivity and specificity of DUS in the evaluation of internal iliac artery stenosis.

Because the IIA is deeper and more difficult to examine with DUS, the sensitivity and specificity found for aorto-iliac illness are likely to be greater than those predicted for the evaluation of internal iliac artery stenosis.

Ultrasound may be used to diagnose internal iliac artery stenosis, particularly in patients who are revascularization candidates.

On anteroposterior views, the external iliac artery conceals the IIA at the level of the gluteal canal.

Both exercise transcutaneous oxygen pressure (Exercise-TcPO2) and near-infrared spectroscopy (NIRS) measures have been suggested to assess buttock-level exercise-induced ischemia on the treadmill.

Time to 50 percent of StO(2) recovery to baseline gave an 89 percent sensitivity and an 85 percent specificity for PAD.

As a cutoff value for predicting a substantial lesion on the arteries leading to the hypogastric circulation, a recovery time of more than 240 seconds was evaluated.

Internal iliac artery stenosis does not have its special treatment.

Internal iliac artery stenosis is not managed in any particular way.

The medical treatment is the same as that of LEAD. Lifelong treatment should include removing or adjusting routine atherosclerotic modifiable risk factors such as smoking, hypertension, diabetes mellitus, and dyslipidemia to decrease unfavorable cardiovascular events such as stroke and acute myocardial infarction.

Daily exercise and a healthy diet are suggested to slow the atherosclerotic process.

The justification for revascularization is based on the patient's functional impairment (e.g., normal work or other vital activities for the patient) after a lack of appropriate response to exercise therapy and well-conducted medical treatment.

The form of the lesion is also an essential criterion for revascularization selection.

Smoking cessation is required since smoking continues to raise the risk of mortality, myocardial infarction, and amputation compared to quitting.

Patients who are current or previous smokers should be questioned about their tobacco use status at each appointment and helped in quitting.

The WHO research group has advised that recommendations for the prevention of cardiovascular disease include a diet low in fat (30% of calories), saturated fatty acids (10% of calories), and trans-fatty (saturated) acids (0% of calories).

Salt consumption should be limited to 5 g (90 mmol/d). Consumption of a diverse variety of fruits and vegetables (>400 g/d, equal to five daily intakes) is suggested.

As a result, the nutritional evaluation must be performed using a specialized approved instrument in clinical practice.

Patients with proximal claudication may benefit from a home-based exercise program or supervised exercise training for at least three 35-45 minute sessions per week for 12 weeks.

As a result, physical exercise must be strongly encouraged.

Aside from lifestyle adjustments, antiplatelet medicines such as aspirin in daily dosages of 75–325 mg are advised as a safe and effective treatment to lower the risk of myocardial infarction, stroke, and vascular mortality.

Lipid-lowering medications are also indicated for all LEAD patients to reach an LDL cholesterol level of less than 100 mg/dL.

Because clinical trial findings do not suggest what the aim should be, the ACC/AHA guidelines no longer advocate a cholesterol target.

Antidiabetic medicines should be offered to diabetic individuals to achieve a Hemoglobin A1c target of less than 7% to prevent microvascular problems and enhance cardiovascular outcomes.

Other medications in individuals with LEAD, such as cilostazol or pentoxifylline, may increase walking distance.

Patients with a significant walking impairment who have not improved following medical therapy and supervised exercise training may be candidates for revascularization.

Endovascular therapy is the most often utilized method for isolated internal iliac artery stenosis because surgical revascularization is technically more challenging and poses a greater risk to the patient.

How Do You Know If Your Iliac Artery Is Blocked?

How Serious Is A Blocked Iliac Artery?

Depending on the quantity of plaque, atherosclerosis in the iliac arteries may reduce blood flow to the feet and legs, making walking unpleasant.

PAD raises your chances of having a stroke, having a heart attack, or having to have a limb amputated.

PAD affects roughly 10 million Americans, most of whom are over the age of 65.

What Is Severe Stenosis Of The Iliac Artery?

Internal iliac artery stenosis is one of the arterial tree's probable localization of atherosclerosis.

When a patient complains of proximal walking discomfort, this condition is often overlooked in the diagnostic procedure.

How Is Iliac Artery Stenosis Diagnosed?

The incidence and prevalence of internal iliac artery stenosis in the general population have not been determined.

When a patient complains of proximal walking discomfort, the doctor should check for internal iliac artery stenosis.

The literature is quite limited, and guidelines and suggestions must be addressed to knodle internal iliac artery stenosis.