Computers Will Overcome Humans – Facts Behind The Myth 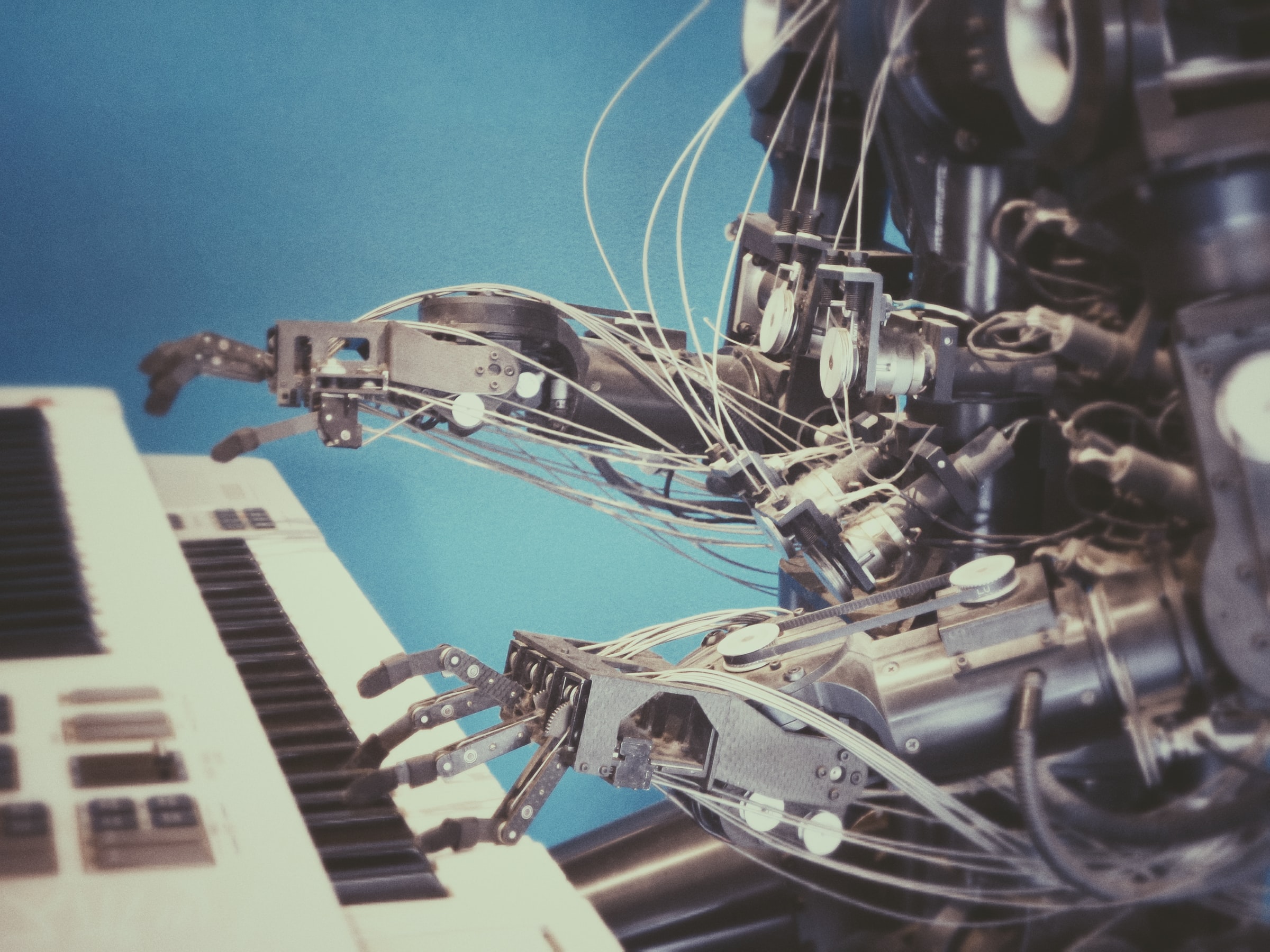 Computers and humans have the same qualities and abilities — but, in reality, they don't.

The concept of robots triumphing over humans may have some inextricable connection to the idea of sentient machines.

It is expected that computers, machines, and robots will someday match, if not surpass, human intellect.

Achieving a degree of intelligence superior to that of humans would require duplicating, performing, and going beyond critical distinguishing characteristics of human beings, such as high-level cognition linked with conscious perception.

Some capabilities of the human brain, like moralities, outperform it compared to AI.

Morality and ethics are high-level thinking distinguishing between appropriate and wrong actions and intentions.

Morality is a multifaceted behavior affected by circumstance, subjectivity, and awareness.

A cognitive system radically distinct from the anthropocentric science fiction concept might be one alternative for overcoming human capacities.

A living machine, in this sense, is a unitary system or network of processes that may renew via their interactions and ongoing alteration.

Moral quandaries are simple because they do not need any particular expertise, yet they are also exceedingly difficult, even for humans.

They need a thorough comprehension of each scenario and reflection to balance moral repercussions, emotions, and best responses.

Until now, brains have been the only systems that had these processes, and studying how they operate will help us understand what would need to be replicated in robots.

A more comprehensive theory of consciousness is required, connecting complicated behavior to physical foundations, and neuromorphic technologies are needed to put these ideas into practice.

From these categories, four kinds of machines may be defined as incorporating awareness into machines and their constraints.

If we can bridge the gap and create aware machines with type 1 or 2 cognition, they will lose their essential qualities as computers.

Unless they wish to work with humanity, any sentient machine is no longer a helpful machine.

It may be regarded as a biological new species rather than just a machine or computer.

Machines with type 1 or type 2 cognition will never reach human capacities, and if they do, they will have certain limits similar to humans.

Science should not rely on anthropocentric assumptions or compare machine intelligence to the human intellect to create better robots.

Type 0 and cognition without anthropomorphic needs will be better robots.

There are two methods of artificial intelligence (AI):

(2) Efficient way to develop better robots and technology that can assist us with challenging jobs or increase human performance.

The brain is made up of around 100 billion neurons.

According to the researchers, the connections between these neurons shift as individuals acquire new tasks.

A computer is experiencing something similar.

However, human brains can learn a lot on their own. To train the computer, a large amount of data is required.

Many computer professionals believe Al can be developed, while certain humanists disagree, claiming that there are fundamental reasons why a machine can never think like a human.

How would we know if a machine can think like a human?

It is widely assumed among Al circles that if a computer could pass the Turing Test, the aims of artificial intelligence would be realized. Alan M. Turing, a British mathematician and computer specialist who died in 1954, inspired the creation of this exam.

Humanists offer three reasons for believing that developing a machine capable of thinking like a human would be impossible.

The first is the human ability to reason.

They claim that computers will never be able to reason intuitively because they only utilize rules, but humans use a delicate and sophisticated type of inference from experience. 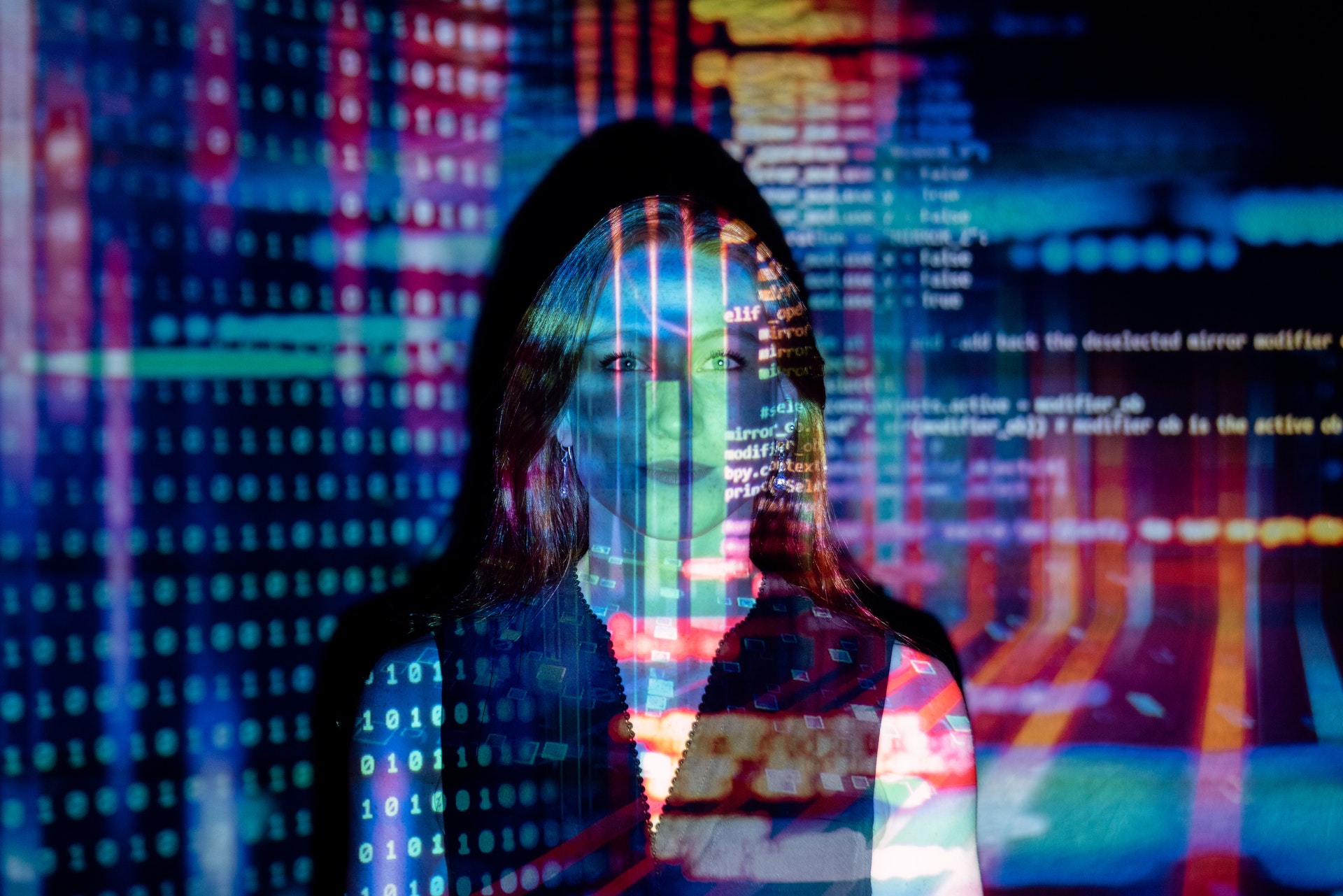 A girl with black shirt in light of different colors

Given the limits of this technique, a machine-like brain with awareness interaction may be an option for implementing high intelligence in machines and robots.

Even if this alternative is not predictable nor regulated and raises numerous ethical concerns, it is one option that may enable us to construct a mechanism for a sentient machine.

If this theory is correct and the implementation gap can be bridged, any machine with awareness based on brain dynamics may have high cognitive qualities.

However, some types of intelligence would be more developed than others since, by definition, their information processing would be akin to brains with these constraints.

Finally, these machines would be autonomous in the most human meaning of the word.

Why Is AI Not Conscious?

AI has the potential to erode people's ability to make rational decisions.

It undermines the role of luck in their lives and may cause people to reconsider their knowledge and beliefs about human rights.

AI is now making it simpler than ever to resurrect the past.

Do Computers Have Feelings?

However, computers lack human-like emotions in any rich or experiencing natural sense.

They may see and categorize some bodily occurrences as "sensations," but they do not have emotions as humans do.

The AI may outwit humans by developing answers that fit a brief but are inconsistent with the creator's goal.

On a simulator, this is irrelevant.

However, the consequences might be even more sinister in the actual world.