Chemical Pesticides - Its Effect On Human Health And Environment 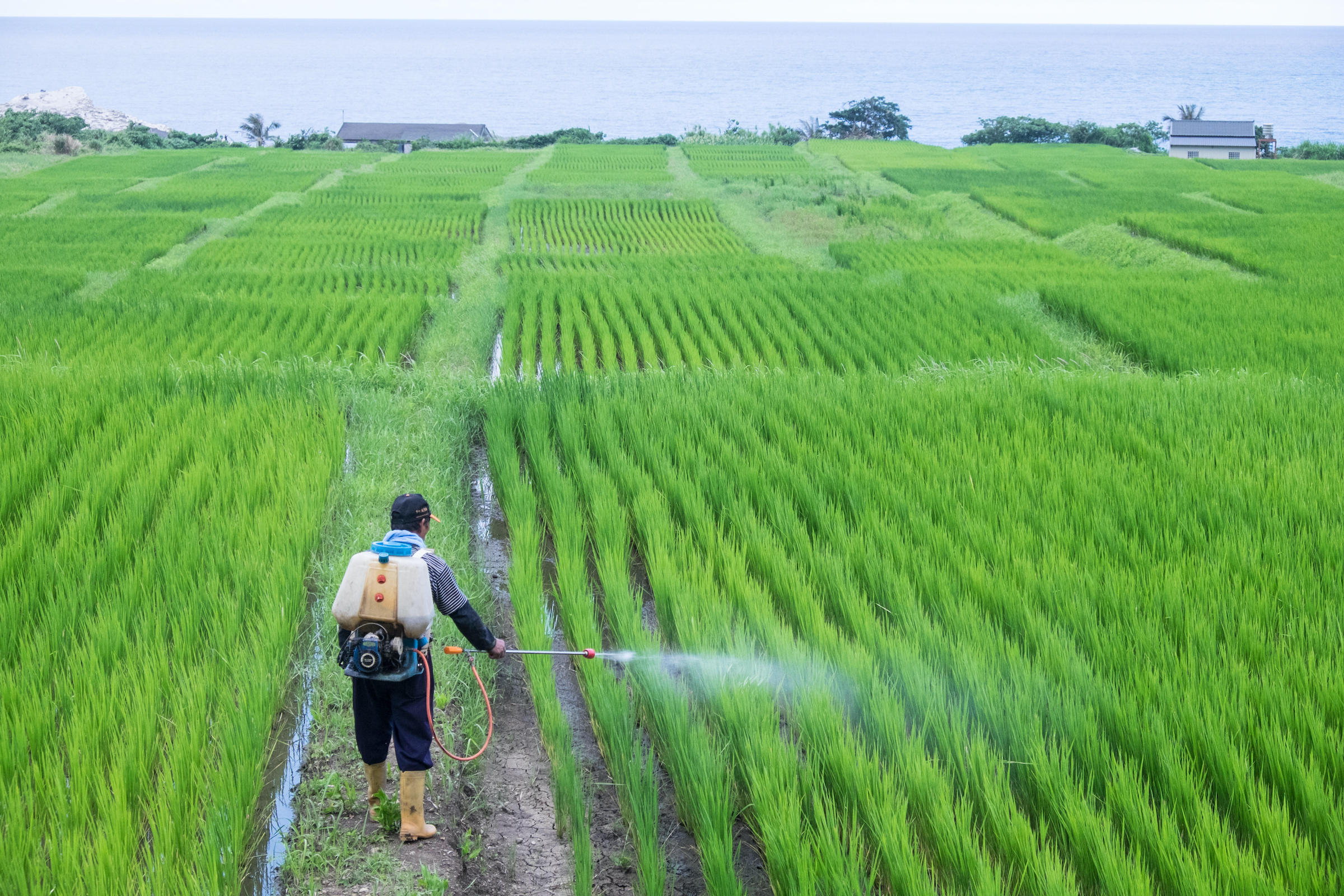 Chemical pesticides have become a commonplace part of modern life, and they are used to protect agricultural land, stored grain, and flower gardens, as well as to eliminate pests that spread dangerous infectious diseases.

Most pesticides are non-specific, which means they can harm or kill organisms that are beneficial to the ecosystem. In general, only about 0.1% of pesticides reach their intended targets, while the rest contaminates the environment.

Pesticides that are persistent and non-biodegradable have polluted water, air, and soil ecosystems on a regular basis. Pesticides have also found their way into the food chain, where they have bio accumulated at a higher trophic level.

How Does Chemical Pesticides Affect The Environment?

Pesticides are often sprayed on land, but they can end up in a water source like a river, ocean, or pond. Pesticides from an orchid, for example, could run off and end up in a nearby stream. Many fish and other animals may die or become ill if a body of water becomes contaminated with the chemicals. This has the potential to destabilize the entire ecosystem.

Leeching is a process that pesticides can use to pollute groundwater. Many people rely on groundwater for their drinking water, but if it contains pesticides, it is unsanitary and dangerous to consume.

Volatilization is another method by which pesticides can spread and cause harm. When a pesticide is sprayed, it transforms into a gas or vapor, allowing it to travel through the air and spread to new areas. Wildlife, such as frogs, may suffer as a result. Some scientists believe that atrazine, a pesticide, causes reproductive problems in frogs, affecting the frog's biological goal of survival and reproduction.

What Are Pesticides And How Are They Used On Our Food?

Chemical pesticides are harmful to both the environment and human health. Chemical pesticides are stored in the colon, where they poison the body slowly but surely. You might not realize it, but when you eat a non-organic apple, you're also eating over 30 different pesticides sprayed on the apple. Even if you wash a piece of fruit, such as an apple, pesticides can linger on the surface and seep into the fruit or vegetable. Strawberries, apples, carrots, celery, spinach, grapes, apples, and cucumbers are just a few examples of foods you should avoid if they are not organic.

Pesticides have been linked to cancer, Alzheimer's disease, ADHD, and even birth defects, according to a number of studies. Pesticides can also harm the nervous, reproductive, and endocrine systems. Chemical pesticides can be extremely harmful to fetuses because they can pass from the mother to the child during pregnancy or when a woman nurses her child. Although a single piece of pesticide-laden fruit will not kill you, accumulating pesticides in your body can be harmful to your health and should be avoided whenever possible.

The most well-known organochlorine pesticide is dichlorodiphenyltrichloroethane, or DDT, whose unregulated use has resulted in numerous environmental and human health problems. Dieldrin, endosulfan, heptachlor, dicofol, and methoxychlor are all organochlorines that are used in pesticides.

For public health reasons, a few countries are still using or planning to reintroduce DDT. DDT is also available as a solution in a number of different solvents. It's a common chemical, and it's believed that every living organism on the planet has a DDT body burden, which is stored primarily in fat. Endocrine disruption and cancer have also been linked to DDT and its metabolite, p-dichlorodiphenyldichloroethylene (DDE). DDT and DDE have both been linked to neurodevelopmental effects in children who were exposed to them while still in the womb. DDE has also been associated with hepatic lipid dysfunction in rats, according to a recent study.

Endocrine disruption, embryonic development, lipid metabolism, and hematological and hepatic changes have all been linked to organochlorine pesticides. Their carcinogenic potential is debatable, but it should not be discounted.

What are pesticides and how do they get into our food?

The most common organophosphate pesticide is glyphosate, which was promoted as a more environmentally friendly alternative to organochlorines. Malathion, parathion, and dimethoate are examples of well-known pesticides in this category, some of which have been linked to endocrine disruption. Pesticides in this class have been linked to cholinesterase enzyme dysfunction, decreased insulin secretion, disruption of normal cellular metabolism of proteins, carbohydrates, and fats, genotoxic effects, and mitochondrial dysfunction, all of which result in cellular oxidative stress and neurological and endocrine system issues.

Organophosphorus pesticides have been linked in population-based studies to serious health effects like cardiovascular disease, negative effects on the male reproductive system and nervous system, dementia, and a possible increased risk of non-Hodgkin's lymphoma. Shorter gestational periods and neurological problems in children have also been linked to prenatal organophosphate exposure.

Glyphosate is the most widely used herbicide in modern agriculture, particularly since the introduction of glyphosate-tolerant genetically modified crops, such as certain types of soybean and maize, which are still the subject of scientific debate. Concerns about possible synergistic estrogenic effects have arisen as a result of concurrent exposure to glyphosate and the phytoestrogen "genistein," a common isoflavone found in soybeans and soybean products.

Endocrine disruption, reproductive problems, and effects on cellular metabolic mechanisms and mitochondrial function have all been linked to carbamate pesticides like aldicarb, carbofuran, and ziram. Carbamate pesticides have also been shown to cause cytotoxic and genotoxic effects in hamster ovarian cells, as well as apoptosis and necrosis in human immune cells, natural killer cells, and T lymphocytes, according to in vitro studies.

Carbaryl, a carbamate pesticide, has been shown to bind to the hepatic aryl hydrocarbon receptor, a transcription factor involved in the dioxin toxicity mechanism. According to studies, carbamate pesticides can cause neurobehavioral effects, dementia risk, and non-Hodgkin's lymphoma..

Other Classes Of Chemical Pesticides

Another class of pesticides linked to endocrine disruption and reproductive toxicity is the triazines, which include atrazine, simazine, and ametryn. It was discovered that triazine herbicides and the occurrence of breast cancer may be linked statistically. Atrazine, a common herbicide linked to oxidative stress, cytotoxicity, and dopaminergic effects, is the most well-known triazine. In experimental animals, atrazine has also been linked to reproductive toxicity and delays in sexual maturation.

Synthetic pyrethroids such as fenvalerate, permethrin, and sumithrin are among the safest insecticides currently on the market for agricultural and public health applications. In experimental animals, however, there is evidence that they can disrupt the endocrine system and affect reproductive parameters, such as reproductive behavior. Multiple pyrethroid metabolites have been linked to DNA damage in human sperm in a recent study, raising concerns about possible negative consequences for human reproductive health. It's also worth mentioning that there are concerns about developmental neurotoxicity.

Imidacloprid, thiacloprid, and guadipyr are neonicotinoid pesticides that have been promoted for their low risk to non-target organisms. There is plenty of evidence to the contrary, such as their impact on bees. The reproductive and endocrine systems of animals have also been shown to be impacted. Neoicotinoids have been found to increase the expression of the aromatase enzyme, which is involved in breast cancer and also plays a role during development, according to a recent study.

Is Pesticide Spray Harmful To Humans?

The exposure to pesticides may result in irritation to eye, nose, and throat; damage to central nervous system and kidney; and increased risk of cancer. Symptoms due to pesticides exposure may include headache, dizziness, muscular weakness, and nausea.

What Are The Most Harmful Pesticides?

How Do Pesticides Affect The Air?

Pesticides emit pollutants such as hazardous air pollutants (HAPs) and volatile organic compounds (VOC). These pollutants can contribute to health problems that may affect residents, the neighborhood, and the community. Exposure to pesticides may cause the following: Irritation to the eyes, nose, and throat.

What Is Pesticide Pollution?

This normally occurs when heavy wind or rain falls on the aforementioned lands, spreading the pesticides, being toxic chemicals, into unintended areas, coming in contact with natural resources such clean air, water, land, plants, and animals, thereby contaminating or harming them.

Now that you know what pesticides are, it's up to you to make the healthy decisions that will lead you, your friends, and your family to a healthier lifestyle. Try to grow your own fruits and vegetables in your backyard as much as possible to avoid using pesticides. Your food will be free of chemicals and will taste much fresher as a result of this.

Implementing a total ban at the local level and in urban green spaces is a simple way to create pesticide-free zones. Alternatives to the current food production model should be incorporated into new agricultural policies aimed at long-term sustainability and protection of consumer health. Despite the difficulties of establishing a novel concept, a shift to a new, cleaner, and safer agricultural model is necessary.