The Benefits Of Being An Animator 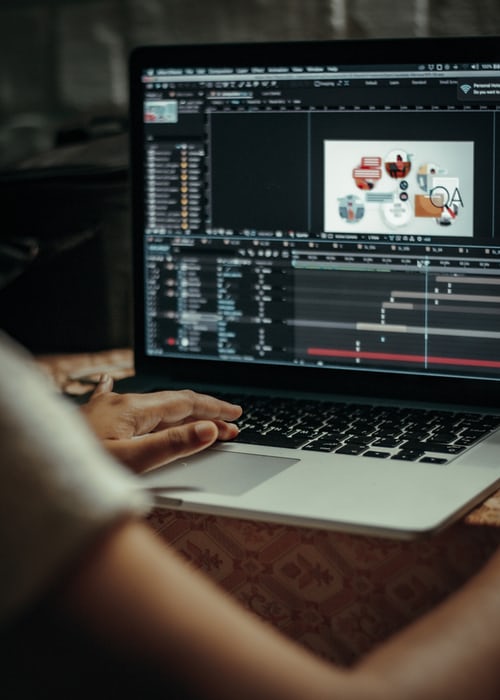 Throughout this article, we'll guide you through the benefits of being an animator as well as offer helpful tips on how to choose animation as a career path. Many people are already familiar with what it takes to work in the animation industry: bringing characters and storylines to life in films, television shows, video games, and other media. But do you have any idea what it's like to work every day? There is no such thing as a flawless job. When starting an animation profession, it is essential to be well informed about the industry's positive and negative aspects. Get an accurate view of the position and determine whether or not it is a suitable fit for you.

What Is An Animator

Animation as a career choice

An animator is a visual artist who makes a series of pictures known as frames that create the illusion of movement known as animation when exhibited in fast succession. Animators may work in various industries, including cinema, television, and video games. Animators produced all of your favourite characters in animated films. An animator is a specialist who creates two-dimensional (2D) and three-dimensional (3D) visuals for websites, games, movies, and other multimedia platforms using specific computer programmes or software. An animator is someone who creates pictures and frames them. He then employs several software techniques to generate the appearance of movement. These are the motions that we call animation. Animation is closely tied to filmmaking and, like filmmaking, is exceedingly labour-intensive therefore, most notable works need the cooperation of numerous animators. The techniques used to create the visuals or frames for an animation piece are determined by the animators' creative styles and their work area.

Layout designers (who design the backdrops, lighting, and camera angles), storyboard artists (who create panels of action from the screenplay), and background artists are examples of artists that contribute to animated cartoons but are not animators (who paint the "scenery"). Animated films share several crew responsibilities with conventional live-action films, such as director, producer, sound engineer, and editor. Still, they vary significantly in that most of the crew positions visible on a physical set were not required during most animation history.

The critical animator is in charge of both layout and necessary animation in hand-drawn Japanese animation projects, such as Hayao Miyazaki's films. Some Japanese animators, such as Mitsuo Iso, assume complete responsibility for their sequences, transforming them into more than simply the primary animator.

The advantages of working as a computer animator differ. Those of the Animation Guild are entitled to enrol in a 401K retirement plan, and members with sufficient hours are eligible for employer-paid health coverage. Employers often specify computer animator benefits. For example, Adobe, which creates animation software, provides exceptional benefits to its workers, including a choice of medical insurance from Aetna or Kaiser Permanente and a dental care plan. Self-employed computer animators are responsible for their own medical insurance and retirement plans, and these costs should be included in their rates.

Facts About Being An Animator

Is Animation A Fun Job?

Being an animator involves a lot of research, which is exciting and different, but you also learn more about your art with each new project you embark on. For smaller companies where everyone has their fingers in numerous animation pies, you'll master rigging, lighting, design, storyboarding, and other essential skills that go into generating a film. Not only that, but you should strive to improve with each assignment. Forget about scrutinising graphs and going over quarterly sales reports to determine whether you're progressing and if your efforts are paying off; animation allows you to take on new challenges and authentically observe your success.

Our animators have a stake in the game, from the first scribbles of storyboarding and character design to the final texturing on alive, breathing, thinking figures. This is a degree of enjoyment and absorption in a project that you don't often get in other industries. You grow to genuinely care about your creations as their personality characteristics, motives, and themes take form in front of your eyes over many weeks.

A completed animation is a direct indication of the quality of work you can produce. Because there is always the possibility of having your work viewed by many people, the urge to show off is a tremendous source of inspiration and only makes you want to grow better and better. When you combine this with the fantastic animation community out there wanting to evaluate and share your work, you have a tremendously satisfying group with whom to learn, create, and network. Ahem, for example, @fudgeanimation and facebook.com/fudgeanimation...

There are negatives to any benefit, and animation is no exception. The most obvious of them is that animation takes time. A single person cannot work on more than one film at a time. Work repetition is exhausting, and working long hours may be unpleasant for an animator. Like many artistic disciplines, Animation professions lack security, but they can provide a chance for creative expression and narrative. According to the website Animator Salary Data, many animators work as freelancers most of the time.