Literary Analysis- “The Summer I Was Sixteen” By Geraldine Connolly 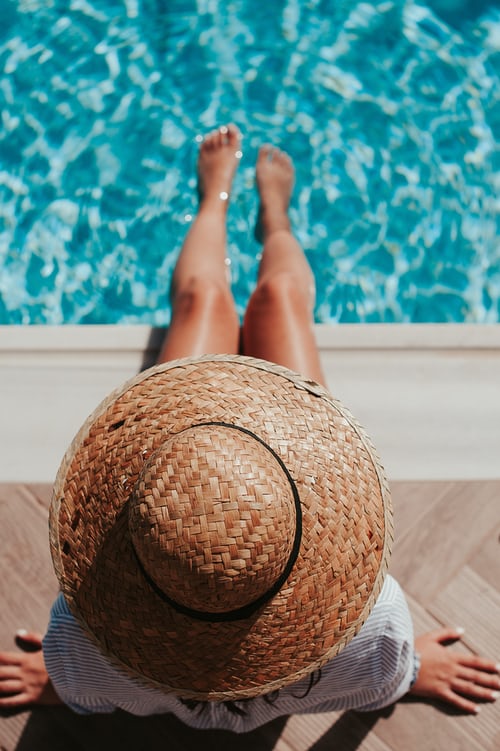 What Is The Summer I Was Sixteen By Geraldine Connolly?

The Summer I Was Sixteen - Geraldine Conolly

Geraldine Connolly, an American writer and poet, wrote "The Summer I Was Sixteen," an excellent work of poetry. The poem was originally published in her book Province of Fire in 1998. The poet brilliantly recalls when she and her friends used to love swimming and sunbathing. The poem's appeal stems from its use of flowery words to depict the youth era.

The Summer I Was Sixteen Poem Analysis

The writer believes that it is essential to appreciate life during childhood since the sensation does not endure forever. As one gets older, the writer feels they encounter many problems, unlike youth, when they admire many pleasant things. According to the writer, life seems to be joyful in childhood. The writer claims that sunbathing and dancing are some benefits that go away as one gets older.

The topic demonstrates a lot of ignorance since it does not operate in the best interests of everyone, even though it delivers a lot of meaning considering the speaker's point of view. The tone is quite similar to that of an adolescent blissfully unaware of reality. However, the style is marvellous and joyous, and the language conveys a strong feeling of enthusiasm and achievement. The poem implies that life seems to be a little easier in infancy since there are no obligations to worry about, as opposed to old age when there are many responsibilities to think about. Only the final sentence, "Tossing a glimpse through the chain link at an unlikely world," alters the tone. It is, in fact, the sole situation in which the speaker brings reality to light.

The writer emphasises how vital it is to appreciate and remember the beautiful days of childhood since there is a big chance that such sentiments will not ever be repeated. "oiled and sated" shows that the writer had no cares in the society as a youngster and was readily pleased. We didn't exist outside of a boy's sight. The depiction of females dancing to music, which is typical teenage behaviour, gives the reader a feeling of excitement and nostalgia over the fern-cool rungs of a ladder.

The poem's tone is partially wry amusement as the writer remembers her younger self. Individual word placement in Connolly's poetry is often successful. In line 5, for example, she opens with the active verb "Shaking," which nearly makes the action seem like it's happening right now. We may use metaphors, such as cotton candy torches and chucking a glace through a chain-link at an unlikely universe, to make sense of the situation. As sweet as a couple of sly kisses were used as similes. This is a free verse composition. There was no metre or rhythm to the music.

What Is The Theme Of The Summer I Was Sixteen?

The poem's three key themes are youthful activities, delight, and nostalgic recollections. On the other hand, Geraldine likes reliving the activities they used to enjoy at the swimming pool, playing with the boys, and listening to music. These pleasures each have their taste, colour, and thrill. In the middle of these recollections, the poet revels in the fact that they once had all that young people could have desired. These recollections made her nostalgic for the past when they used for sunbathing and seeing "the unbelievable universe" in front of them, full of possibilities.

The themes of 'To Summer' are self-evident. Blake is commemorating the summer season and themes of pleasure and achievement. The latter is connected to the poem's larger context since it pointed to England's status in the globe at the time the poem was written. Summer and joy are linked to the speaker's thinking.

The Summer I Was Sixteen By Geraldine Connolly Literary Devices

Literary devices are necessary for poetry or prose writing to make the text attractive and worthwhile to read. This is shown by analysing these devices in the poem provided below.

“The Summer I Was Sixteen” by Geraldine Connolly exemplifies the ecstasies of youth. The poem's stanzas reflect a distinct part of Connolly's 16th summer activities. Connolly portrays these activities in graphic detail, even down to the music that plays on the radio to properly convey the excitement of youth. However, the last stanza departs from this joyful slice of life, signifying the world beyond the pool. Connolly remembers her childhood fondly, but she also realises that it was transitory, rapidly swamped by the "improbable world" outside the "chain link."